The scar is the end result of the wound healing process. How exactly does this process take place? What types of scars can develop? And what is the cosmetic and medical treatment? You can find out the answers here.

A scar represents the final state of wound healing after an injury to the skin that extends into the dermis (leather skin). Causes can be, for example, surgical procedures, burns, tattoos or other injuries. Only injuries to the epidermis, such as abrasions, heal without scars. Wound healing can be divided into four phases.

The healing of a wound takes about eight to ten days, but the complete resilience occurs only after about three weeks. It should be noted that the scar tissue is a connective tissue substitute and in no way has the functions and properties of normal skin. The collagen fibres are no longer interwoven but arranged in parallel and there is a lack of elastic fibres. As a result, the scar tissue lacks elasticity and also lacks hair, sebaceous or sweat glands and melanocytes responsible for pigment formation. This also explains why a scar looks different from normal skin.

After the wound has healed, further remodelling processes take place in the scar: collagen fibres multiply and contract, scar shrinkage and hardening may occur and the number of blood vessels decreases. The scar, which initially appears red, fades over time and becomes whitish.

The 4 phases of wound healing

Exudation phase: Immediately after the injury, blood escapes from the damaged vessels and collects with tissue fluid in the wound. This flushes out the wound and cleans it. The blood flow is stopped as part of the coagulation process, which also triggers the regeneration process at the same time. In the process, a special protein (fibrin) is formed, which seals the wound like a kind of “glue” – a natural provisional wound closure is created.

2nd cleansing phase (resorption phase): In this phase, special scavenger cells (macrophages) ensure the removal of tissue debris. The cells of the body’s own defence system fight invading pathogens such as bacteria. At the same time, substances are released that attract cells to repair the tissue defect.

4th repair phase (epithelisation phase): the granulation tissue matures into tear-resistant connective tissue, with the collagen bundles aligning themselves along the direction of the load. New epithelial cells now also close the wound surface. The final state of wound healing is a connective tissue scar.

There are a variety of types of scars. In daily practice, a distinction is mainly made between immature, mature, sunken (atrophic), scar proliferation (hypertrophic scars) and scar keloids. Immature scars are seen at the beginning of every scar healing. They are often reddened, may be slightly raised and accompanied by itching or some pain. After the tissue remodelling processes are complete, they transition into mature scars that are pale, de-pigmented, and largely without pain or itching. They are usually located at the skin level or slightly below. Depending on the visibility of the scars, they can nevertheless be very distressing for the patient.

Atrophic scars typically lie below the level of the skin because not enough collagen fibres were formed during wound healing. This happens when tensile forces have acted on the wound or the wound was not sufficiently supplied with blood and care, for example. Well-known examples are acne scars on the face, especially in the area of the cheeks, but also on the décolleté or back. Based on their appearance, a distinction is made between ice-pick scars (narrow and deep), boxcar scars (as if punched out) and rolling scars (u-shaped). Another example of atrophic scars are chickenpox scars.

Hypertrophic scars are more pronounced, bulge-like and protrude above the skin level, but are limited to the site of the injury or wound. They often appear reddish and partly hardened. Itching or even scar pain may occur. In addition to the aesthetic aspect, hypertrophic scars in the area of joints can be disturbing for the course of movement and lead to functional restrictions.

The reasons for the formation of hypertrophic scars are tension forces that act on the wound during the healing phase. For protection and stability, the wound works against this and produces more collagen fibres.

Keloids are often confused with hypertrophic scars. An important feature to distinguish them is that keloids grow beyond the actual area of the injury. Keloids are hemispherical, bulging, coarse, reddened skin lesions that are often accompanied by itching and pain. Even minimal injuries such as insect bites can lead to keloid formation, and often months to years after the injury.

The development of keloids appears to be genetically influenced (familial clustering) and is more common in patients with darker Fitzpatrick skin type. The accompanying proliferation of the scar is an overproduction of connective tissue and collagen fibers. Furthermore, the anatomy plays a role: keloids form conspicuously frequently on the upper half of the body, especially on the décolleté, back, upper arms or earlobes.

Keloids are hemispherical, bulging, coarse, reddened skin lesions that belong in the hands of doctors.

An important focus of the cosmetic scar treatment is the optical coverage. The products used (blemish balms or camouflage make-up) should have a good proven tolerance and be slightly occlusive. This offers protection to the tissue and improves the moisture retention. In addition to concealing, cosmetic treatments are also available, the success of which depends largely on the age of the scar. As a rule of thumb, the older the scar, the more difficult it is to treat. Nevertheless, cosmetic scar treatment should only be started after the wound has healed and the tissue is sufficiently firm. Keloids always belong in the hands of dermatologists!

First and foremost are peeling treatments such as herbal peeling cures. Scar tissue and superficial hardenings are gently removed, the regeneration of the tissue and the absorption of active agents are supported. Mechanical ablation makes scars flatter, softer and less visible. However, not all peeling methods are suitable for scar tissue. Fruit acid peelings or medical trichloroacetic acid are effective but no means for permanent applications as the skin is highly stressed.

Other superficial procedures, for example microdermabrasion, can also be used by the cosmetician to visually improve superficial, atrophic scars in particular. Depending on the initial condition, repeated treatments may be necessary. Microneedling stimulates the synthesis of new collagen by needle prick induced small injuries in the skin. Especially in case of sunken scar tissue, an alignment with the surrounding skin level can be achieved.

Supporting cosmetic procedures for scar treatment are massages and ultrasound. With regular use, the scar structure can be significantly improved and active substances can also be introduced into the tissue.

Depending on the type of scar, different therapies can be used. Surgical therapy can achieve an improvement in the case of “problem scars”, for example near the joints, in the case of hypertrophic or cosmetically disturbing scars. However, the doctor should always carefully consider whether the functional or cosmetic result can be significantly improved by the planned intervention.

Another medical treatment method is the injection of cortisone (glucocorticoids) directly into the scar. This inhibits the production of collagen fibres and the scar becomes flatter. The therapy works particularly well for hypertrophic scars and active, bright red keloids. For keloids, injection treatments are often combined with icing (cryosurgery). If there is no improvement, surgical removal of the keloid can be considered, although there is always the risk of new keloid formation.

Treatment by means of pressure is carried out in the form of compression bandages or garments, which have to be worn by the patient for months to years – thus the patient’s cooperation is particularly important! Areas of application are large hypertrophic scars, for example after burns or scalds.

Lasers are becoming increasingly important in scar therapy. They make use of different functional mechanisms and can therefore be used very specifically depending on the type of scar. Laser treatment of scar tissue should always be in the hands of experts, because too aggressive an approach can also lead to deterioration of the scars with all technologies and scar types.

Which laser is suitable for which type of scar?

Vascular lasers such as the dye laser are mainly used for the treatment of reddened, exaggerated scars and as a preventive measure for scars that are still fresh. By obliterating the small blood vessels in the scar, it loses its red color in favor of the skin color. In addition, there is an undersupply of the tissue, which leads to a flattening of the scar.

Ablative lasers, for example CO2 lasers or Er:YAG lasers, are used for hypertrophic and mature scars as well as acne scars. Their aim is to level the scar surface and thus bring it back into line with the rest of the skin. In addition to tissue removal, the CO2 laser also stimulates fibroblasts through its thermal effect, which stimulates the formation of new collagen and elastin and can lead to a restructuring and tightening of the connective tissue.

Fractional lasers such as the Fraxel laser work by splitting the laser beam into thousands of individual areas in a columnar fashion and are a very promising technology for treating scars. The result is a flattening of the scar tissue and a decrease in the reddish appearance. Another advantage is that the many small treatment zones are always surrounded by healthy tissue, which leads to a faster recovery time.

There are also therapy combinations that complement each other: Fractionated laser treatment followed by the patient’s own blood treatment (PRP, platelet-rich plasma) optimizes the healing processes and treatment results.

Laser assisted drug delivery (LADD) combines the effect of lasers (ablative, fractionated lasers) with the subsequent application of active medical or cosmetic substances. The laser creates small channels in the skin through which the substances can subsequently penetrate better or deeper.

Lasers can be used specifically depending on the type of scar

As long as a permanent scar with a dry surface has not yet formed and moist granulation tissue is still present, panthenol supports the wound healing process and the moisture balance in the scar tissue. To restore maximum skin elasticity, the scar tissue should be provided with natural oils so that it remains soft and does not dry out.

Silicone also plays an important role in scar care. It can be applied in the form of plasters, gels or creams. It should be applied regularly on a daily basis and for at least three months in order to achieve a good effect. The mechanism of action has not yet been conclusively clarified, but it is known that the occlusive effect of silicone increases the moisturization of the scar. In addition, signals to the fibroblasts should lead to a good structuring within the scar.

Another active agent frequently used for scar care is onion extract. It has anti-inflammatory and germicidal effects and inhibits the proliferation of connective tissue cells. Thus, the formation of bulging or hypertrophic scars can be counteracted. As pigment-forming cells are missing in the scar tissue, every fresh scar should definitely be protected with a high light protection (SPF 50) during the first three months in order to avoid sun burn and thus subsequent complications (hyperpigmentation, development of skin cancer).

Professional tip: The all-rounder urea helps among others with itching keloids.

The new mixed drinks made of fruits and vegetables –[...] 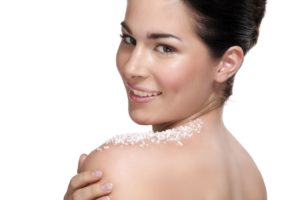 Peelings – What the differences are and why you should use them

Everyone probably has used a peeling before or even had[...] 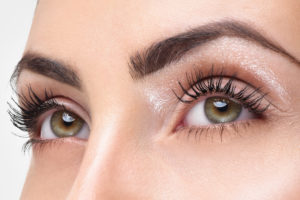 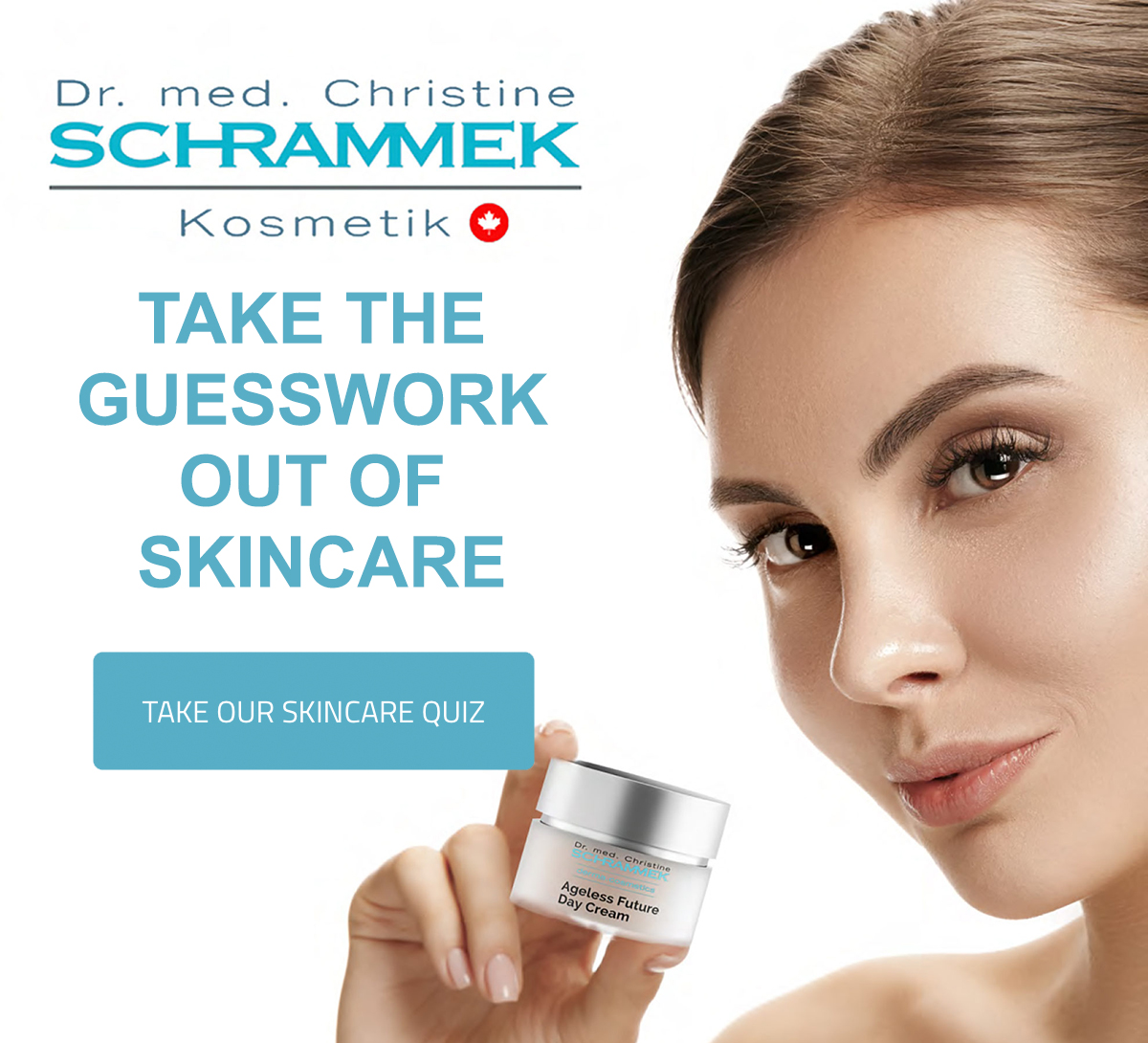